AmeriCorps position available at the Cincinnati Chapter! AmeriCorps programs provide opportunities for Americans to make an intensive commitment to service! So if you would like to become one or know someone who would be interested, please let them know that our Volunteer Resources Department is looking for a candidate to help us achieve our mission. Necessary Skills and Attributes Strong oral and written communication skills Good presentation skills A commitment to service and community involvement as demonstrated by previous experience Flexibility (some weekends and evenings must be required) Professionalism An interest in teaching or training others Computer Skills Required: Prefer knowledge of Microsoft Word, Access, Excel and Outlook Interested? Please contact Lynn Wise AmeriCorps Coordinator 614-253-2740, ext. 2349 614-252-3588 (fax) wisely@usa.redcross.org
Post a Comment
Read more
November 23, 2011

HAPPY  THANKSGIVING As we celebrate THANKSGIVING, we at CALD International would like to wish you all a blessed celebration filled with joy. May we always remember the enormous blessings we receive daily and in return reach out to those in need in our communities. Once again Thank you all for your kind and generous hearts when called upon to show compassion to those in need. May you all be blessed now and always
Post a Comment
Read more
November 14, 2011 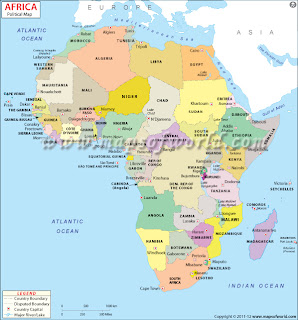 About Africa Africa Facts - Fun Facts, Geography Facts, Travel Facts By Anouk Zijlma , About.com Guide- http://goafrica.about.com/od/africatraveltips/a/africafacts.htm Is Africa a country? Some people often refer to " Africa " as if it is a country rather than a continent. Well, it is a continent and home to 54 independent, unique countries with South Sudan being the latest addition in July 2011. Each country has its own currency , flag, anthem, history , cuisine , music , identity and blend of cultures . In fact more than 2000 languages are spoken in Africa, and its 1 billion inhabitants are made up of over 3000 distinct ethnic groups. Africa is also bigger than most people think it is, even if they know it covers 30,221 sq km (11, 679 sq miles). If you combine the USA, China, India, Europe and Japan – they all fit into Africa. In fact the USA fits into the African continent three times.
Post a Comment
Read more
November 09, 2011

Kenyan Cincinnati Association(KCA) Thank you letter By the Chairman - Dr Dan Odipo  Ladies and gentlemen, fellow Kenyans and well-wishers; It is with utmost humility that we at the Kenyan-Cincinnati Association (KCA) executive would like to express our sincere gratitude for your support at our recent annual dinner event that was graced by the presence of our Ambassador H.E. Elkanah Odembo. Thank you to our American brothers and sisters, fellow Africans from other African nations and the international community. We THANK YOU for your sacrificial effort of time and financial support to help our cause " Providing education scholarships for orphaned and impoverished children back in Kenya". It was indeed a blessing to see many Kenyans coming together in solidarity for a common goal. This sacrificial gesture has stamped an imprint upon our hearts. We will cherish and carry this memory with us wherever we go and do commit to build a strong bond of unity with our fellow br
Post a Comment
Read more
More posts