Showing posts from November, 2012
Show all
November 14, 2012
Top 5 Investment Opportunities In Africa For 2012   African economies easily rank among the most resilient in the world. In the middle of the 2009 global economic recession, Africa was the only region apart from Asia that grew positively, at about 2% . The continent’s growth has been on an upward trajectory ever since then- 4.5% in 2010 and 5.0% in 2011. And it will get even better in 2012. Africa is favorably positioned to become the 2 nd fastest growing region in the world, and according to the International Monetary Fund (IMF), economic growth across the 54 countries of the continent will hover around 6% in 2012.   Africa is becoming an increasingly attractive hub for foreign investors in light of various economic, political and social reforms that are sweeping through the continent, resulting in a much improved business environment conducive for foreign direct investment. Apart from that, there is widespread development of critical social and physical infrastructur
Post a Comment
Read more
November 14, 2012 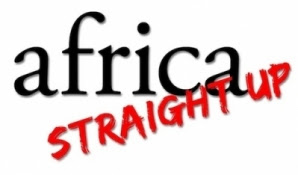 With more than a billion people spread across 54 countries speaking more than 3,000 languages, Africa cannot -- and should not -- be limited to a single narrative. Africa Straight Up is a more complete story about Africa and its diaspora .   Share your personal story about Africa at Africa.com or on Twitter @Africa_com with the hashtag #AfricaStraightUp. WRITTEN AND EXECUTIVE PRODUCED BY Teresa Hillary Clarke   For more information go to - http://www.africa.com/
Post a Comment
Read more
More posts