Click to make Reservations The 2nd Annual "A Cupcake Affair with a Kenyan Flair" Join us on Saturday March 10, 2012 from 7:00 to 10:00 pm for the 2nd Annual "A Cupcake Affair with a Kenyan Flair," at the Peterloon Estate in Indian Hill, Ohio. The Master of Ceremonies for the event will be Cincinnati personality Bob Herzog from Channel 12 News. The evening will offer: African music, a silent auction, and "light bites" of authentic Kenyan food prepared by Chef Khalid Mafazy, C.E.C.The featured event of the evening will be cupcake sculoture, design and taste competitions judged by: Thane Maynard, Director of the Cincinnati Zoo and Botanical Garden, Megan Ketover of Orchid's at Palm Court and Bravo's Top Chef:Just DessertsDaniel Odipo, Chair of the Kenyan Cincinnati AssociationIn addition, the night will feature a sil…
Post a Comment
Read more
January 23, 2012
You Lazy (Intellectual) African Scum! Posted onJanuary 18, 2012|364 Comments
They call the Third World the lazy man’s purview; the sluggishly slothful and languorous prefecture. In this realm people are sleepy, dreamy, torpid, lethargic, and therefore indigent—totally penniless, needy, destitute, poverty-stricken, disfavored, and impoverished. In this demesne, as they call it, there are hardly any discoveries, inventions, and innovations. Africa is the trailblazer. Some still call it “the dark continent” for the light that flickers under the tunnel is not that of hope, but an approaching train. And because countless keep waiting in the way of the train, millions die and many more remain decapitated by the day.

“It’s amazing how you all sit there and watch yourselves die,” the man next to me said. “Get up and do something about it.”

Brawny, fully bald-headed, with intense, steely eyes, he was as cold as they come. When I first discovered I was going to spend my New Year’s Eve next to him o…
Post a Comment
Read more
January 20, 2012

information sessions
VOLUNTEERS FOR THE WORLD, JOIN THE MOVEMENT

Cuso International - NewsletterJanuary 2012www.cusointernational.org
ARE YOU INTERESTED IN OVERSEAS VOLUNTEERING, BUT WANT TO LEARN MORE?

Join us for an information session and hear from Cuso International staff and returned volunteers. With over 50 years experience in volunteering and development, we are actively recruiting Canadians to work in partnership with local colleagues, sharing their skills and expertise to help find long-term, sustainable solutions to extreme poverty. Our volunteers build relationships and memories that will stay with them for a lifetime.

Cuso International is currently recruiting volunteers to fill long-term (1-2 year) placements with our partners overseas in over 40 countries. We’re currently recruiting volunteers from a range of professional backgrounds such as business, health, education, natural resource management, community and social development. For a complete list of ope…
Post a Comment
Read more
January 20, 2012

Volunteer Opportunities at American Red Cross Cincinnati/Dayton chapter.
Community Outreach Volunteer Coordinator
If you are interested in helping our community learn more about the Red Cross and the services we provide, then ARC has a great volunteer opportunity for you!
The Cincinnati Chapter is looking for a Community Outreach Coordinator to helps them plan, implement, and manage community outreach activities targeting specific populations.
Community Outreach Volunteers represent the Red Cross at fairs, festivals and other community events. As an Outreach Volunteer Coordinator you will manage other community outreach volunteers in different activities throughout the year.
You need to have:
- Great communication and interpersonal skills
- Working knowledge of MS office (excel, power point, word)
- Availability of a minimum of 10 hours a week between 9 a.m. and 4 p.m., Monday thru Friday and some weekends and evenings, as needed.
- Previous experience in Community Outreach desired.
For more…
Post a Comment
Read more
January 16, 2012 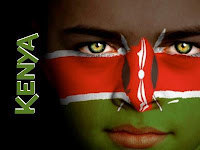 Africa is the world’s second largest continent and it has the second largest population after Asia. The African continent covers an area of 30.2 million square km which is equivalent to almost 20.4% of the total land area. Africa is surrounded by Mediterranean Sea, Suez Canal and the Red Sea, Indian Ocean, Atlantic Ocean and Sinai Peninsula. Africa has 54 states, including Madagascar and various island groups such as ‘Sahrawi’

The Africa economy is as diverse as the region. The southern parts are prosperous whereas the other parts struggle for stability. African economy is an extreme one, however, due to the presence of natural resources, has the potential to grow at a fast pace.

The Africa economy requires an industrial impetus to bring it out of poverty as it is the store of some of the rarest metals and precious stones. Africa has almost 90% of the world’s cobalt, 50% of gold 90% of platinum, 70% of tantalite, 98% of chromium, 64% of …
Post a Comment
Read more
January 13, 2012 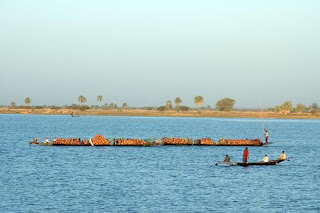 1. Niger
One of the poorest countries in the world, Niger’s economy is highly dependent on economic aid. Frequent droughts, desertification, lack of funding and strong population growth have undercut the economy’s performance.
But in the nation’s economic future looks strong, given its expansive resource base of oil, gold, coal and other minerals.
2012 GDP Forecast: $7.38 billion
GDP Growth: 15.4%

2. Iraq
Iraq’s economy is recovering fast. Despite constant threats to its political, social and economic stability, Iraq still expects its GDP to grow by 10.5 percent in 2012 – largely on the back of increased oil exports, and high energy prices – after growth of just 1 percent in 2010.
2012 GDP Forecast: $128.094 billion
GDP Growth: 10.568%

3. Angola
In the year 2000, the government initiated major economic reforms to restructure Angola’s industrial sector. The IMF and World Bank have in recent years funded strategic reforms to boost the infrastructure and busin…
Post a Comment
Read more
January 11, 2012 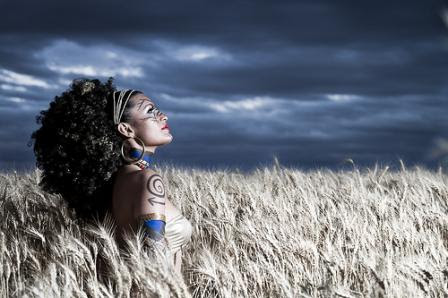 Africa Rising: Can “The Dark Continent” Outshine Its Former Colonial Masters?
By: Raymond Tham Date: 29 September 2011
He who laughs last laughs best. For decades, European countries were the colonial masters of Africa, dividing the continent at their own whim and exploiting the abundant resources available for their own purposes. Yet today, there has been a paradigm shift where African nations are now leading the world in economic growth and can more hold their own against their ex-colonial masters.

"The Outside World Still Sees Africa Of Yesterday. We Believe This Is Africa's Time."
Photo Credit: azuaravaconmigo
Throughout history, the African continent and its people have been victims of unfair discrimination and exploitative practices. Africa’s main oppressors have always been its former European colonial masters, who dubbed the region as the “Dark Continent” back during the early 19th century. While the origins of the term reflected how little Europeans knew about Africa…
Post a Comment
Read more
More posts