Circumcision Gains More Acceptance in AIDS Fight
By Kathryn McConnell | Staff Writer | 23 December 2011
Washington — Growing acceptance of male circumcision, in Africa especially, is having a dramatic and positive effect on the fight against HIV/AIDS. AIDS has killed 30 million people around the world since it was first reported in 1981, but according to a Johns Hopkins University affiliate, for men and adolescent boys, the one-time procedure of circumcision can mean a lifetime of reduced risk of getting HIV, the virus that can lead to AIDS.

The good news is that “in some areas, it’s becoming a social norm to be circumcised, particularly among adolescents,” said Kelly Curran, director of HIV and infectious diseases at the Hopkins affiliate Jhpiego. In sub-Saharan Africa, the region of the world most devastated by AIDS, Kenya and Tanzania are making the most progress in reducing HIV infections, she added. Jhpiego implements HIV/AIDS treatment and prevention programs funded by the …
Post a Comment
Read more 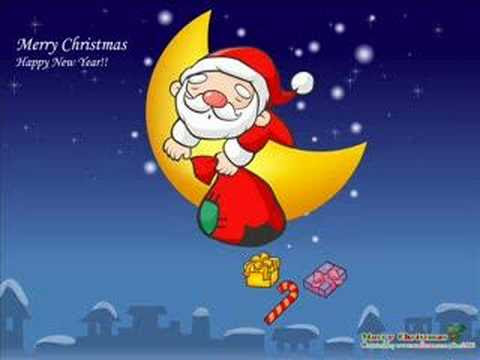 As we celebrate the Holiday or Chrismas and New Year, we at CALD International would like to wish you all a blessed celebration filled with joy.

May you all be blessed now and always.

May the spirit of the Holidays or Christmas bring you peace.

The gladness of the Holidays or Christmas give you hope.

The warmth of Holidays or Christmas grant you love.

May we always remember the enormous blessings we receive daily and in return reach out to those in need in our communities and beyond.

Let us raise a loving cup of Peace on earth, goodwill to men And make them do the washing up.

HAPPY HOLIDAYS OR MERRY CHRISTMAS AND A HAPPY NEW YEAR 2012
Post a Comment
Read more
December 14, 2011
The University of Edinburgh seeks Applications for Global Development Academy Master’s ScholarshipsBy fundsforngos, on December 14th, 2011 University of Edinburgh is one of the world-leading centres of academic excellence which aims to create and disseminate knowledge for the people. The university offers the best quality learning environment for the greater well-being of the students. The university also wishes to enhance its position as one of the world’s leading research and teaching universities. The University of Edinburgh is currently inviting applications for Edinburgh Global Development Academy Master’s Scholarships from eligible candidates in select countries. The University will offer 2 Master’s scholarships covering the overseas rate of fee for students from less developed countries and 2 Master’s scholarships covering the “home” rate of tuition fee for UK/EU students for eligible Master’s programmes offered by the University. Scholarship ProvisionsEach scholarshi…
Post a Comment
Read more
December 14, 2011
North-South Centre of the Council of Europe seeks Grant Applications for Africa Europe Youth Cooperation ProgramBy fundsforngos, on December 14th, 2011 The AfricaEurope Youth Cooperation Program is an initiative of North-South Centre of the Council of Europe that aims to raise awareness about issues of global interdependence and solidarity in Europe. This program also aims to promote cooperation and human contacts between Europe, the southern Mediterranean and Africa. One of the main objectives of the program is to provide training and capacity building for young people and youth organisations as well as to facilitate policy action on youth in development policies. North-South Centre of the Council of Europe is currently inviting grant applications for Africa Europe Youth Cooperation Program. This grant allocation, or seed funding, is intended to promote Africa Europe youth exchanges, networking and political participation of nonstate actors. It aims at funding initiatives …
Post a Comment
Read more
December 13, 2011
Applications invited for Chevening Scholarship Program from Young Professionals in Select African Countries to pursue PG studies in the UK By fundsforngos, on December 12th, 2011 British Council is currently seeking applications for the Chevening Scholarship program from young eligible and outstanding professionals in select African countries viz. Botswana, Nigeria, Ethiopia, South Africa, South Sudan, Uganda, and Zambia who are already experienced in their chosen profession and would like to further develop their career with a postgraduate course in the UK. The Chevening Scholarship Program is a prestigious awards scheme that funds international postgraduate students who want to study in the UK for one academic year. Funded by the UK’s Foreign and Commonwealth Office and administered by the British Council, the scheme operates in over 150 countries and annually provides
Post a Comment
Read more
December 13, 2011
Applications are invited for Africa Initiative Graduate Research Grant ProgramBy fundsforngos, on December 13th, 2011 The Africa Initiative (AI) is a Joint program of CIGI and Makerere University (MAK) and was started to contribute to the deepening of Africa’s capacity and knowledge in five thematic areas—conflict resolution, energy, food security, health, migration and climate change. The program includes field-based research, strategic partnerships, and online collaboration and focuses on supporting innovative research and researchers. Applications are currently being invited from interested candidates for Africa Initiative Graduate Research Grant Program. This program has been designed to support innovative, policy-relevant research on Africa conducted by graduate students enrolled in a Canadian or African university. The grant is offered to up to thirty recipients each year. Each recipient spends as many as three months in Africa or Canada conducting research funded by…
Post a Comment
Read more
December 13, 2011

Picture a dusty, hot Saturday afternoon in Kaduna, Nigeria, the buzz of cheap Chinese motorbikes filling the air. In the backroom of a small community foundation, I introduce myself to the two people told to me as the "hardest working loan officers at Fantsuam Foundation." Bent over their laptops, sweat dripping on their brow, two Kenyan VSO volunteers are doing intricate financial modeling in their role as loan officers for the foundation. This was my first introduction to of Volunteer Service Overseas (VSO) volunteers in the field and I was immediately impressed with them and VSO in general. Peace Corps volunteers work hard (I was one, briefly) but not on Saturdays. And to see Africans volunteering in Africa gave me great pride and renewed hope

As part of a collaborative research project, the selected student will focus on a past analysis of land-cover change at Mt. Kasigau and ecological change in forest community types. The GRA includes travel support for field research in Kenya. For more information, please contact Dr. John Maingi at Miami University, Department of Geography, maingijk@muohio.eduThis e-mail address is being protected from spambots. You need JavaScript enabled to view it .

The Kenyan government is stepping up its efforts to woo Kenyans living abroad to invest in the country by hosting the first ever Diaspora Homecoming conference.

“The new Constitution has for the first time recognised the diaspora through dual citizenship and we want to bring them on for nation building,” said Diaspora Affairs Advisor at the Prime Minister’s office, Mr John Maina.

Remittances from the three million Kenyans living abroad account for billions of shillings in annually, rivalling the nation’s biggest earners— tea, horticulture and tourism.
Last year, doaspora remittances totalled Sh51.6 billion. Despite the immense potential for development that these funds pose, a poor policy environment is making it hard for Kenyans abroad to send money home for investments.

“We have never had a structure before to address diaspora investments. That is one of the things we…
Post a Comment
Read more
More posts