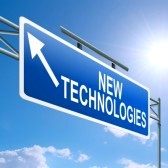 In mid-February 2013, the National ICT Master Plan (2012-2017) was launched by the Kenyan Government. It is a strategic document aimed to fast-track ICT investment and innovation. The former Ministry of Information and Communication had projected that by 2017, “the ICT Industry should be contributing an estimated USD 2 billion (25% of GDP), created 500 ICT companies, and brought in 50,000 jobs. The impact is also expected to be felt by SMEs with their automation projected at 60%, the number of commercialized business is placed at a 100 while 20 new innovations are expected to be propagated globally.” According to the Kenya ICT Board, four goals set by the Master Plan to be met by 2017 are:
Goal 1: Every citizen, resident, home and institution will be connected through a countrywide robust, accessible and affordable ICT infrastructure.
Goal 2: Kenya will become the leading ICT HUB in African attracting leading global players and generating globally respected local entrepreneurship and innovation.
Goal 3: Public Services will be available to all citizens through ICT. ICT will enable a truly open and efficient Government delivering meaningful value to citizens.
Goal 4: Kenya will be a Knowledge Based Economy. All Kenyans will be able to use ICT to improve their knowledge, businesses and livelihood. ICT will contribute greatly to Kenya’s economic growth.
On December 7, 2012, Peter Nalika reported at cio.co.ke that, “International Data Corporation (IDC) predicts that Kenya’s ICT market size will be worth USD 2 billion in 2015. Multinationals are investing in the country because it is a spring board of connecting ICT and business to other markets.” Kenya is becoming a tech hub and international technology companies prefer it as an investment destination; a position she is gradually taking over from South Africa. In 2012, IBM chose Kenya as the location to set up its first research laboratory in Africa. The research shall create a base for science and technology and to solve problems relevant to the continent. According to Duncan Mcleod on bdlive.co.za, Google chairman Eric Schmidt said during a visit to Kenya last year that: “Nairobi has emerged as a “serious tech hub” and could become the continent’s technology leader.”
Kenya is credited internationally for the development of local technological innovations such as M-Pesa, which is the mobile banking and commerce platform created by mobile operator, Safaricom. Millions of Kenyans use the platform daily to buy goods and receive money. Mcleod adds that: “Kenya’s government is now spearheading efforts to transform the country into Africa’s tech capital. Work has begun on an ambitious technology centre called Konza City that could eventually cost as much as $14.5bn.”